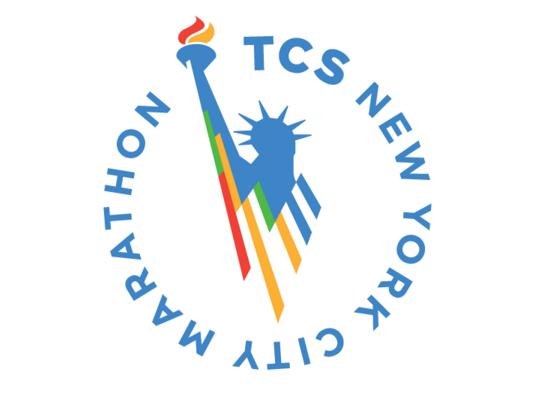 Richie Coldcuts and I returned to his promise land (NYC) last weekend for the NYC marathon.  His son was running, neither of us had ever attended before, and we were overdue (in Richie’s eyes) for a trip to ‘the city’.  We were excited to cheer Matt on and officially spectate the big event.  For the past few months we regularly quizzed Matt on how much he was preparing.  And the mileage he was racking up was amazing to us.  We were especially interested to learn that the number he wore in the race contained a chip that allowed us to follow him every step of the race on an app.  And so we did.

We arose early, and met up with Matt’s sister Nicole and her hubby Jon.  Richie-in-charge had a game plan for where to plant ourselves in order to catch Matt mid-run, and then again close to the end.  With the very accurate tracking chip, we knew within one minute of when Matt would run by.  We knew he had a white tank top on, and picked him out of the ever-thickening group of runners in time to embarrass him royally with shouts, signs (“Run Matt Run”!), and cell phones pointed at him for photos.  Being young (26), and an accomplished runner, we had high expectations, but we were still impressed when Matt passed us at mile #17 in just under 2 hours.  Richie loves this stuff — convinced that Matt is a ‘chip off the old block’.  Hmmmm, maybe the hair, the sense of humor, and, well, that’s about it!

Our next position was right at mile #25.  We only had to walk about seven blocks while Matt plugged on for the next eight miles.  Again, we tracked him and prepared to scream, shout and rant our support.  Surely that gave him renewed strength and determination, right?  Even though there was a killer incline between Mile 24 and Mile 25?  Did I report that the weather, while cool, was also misty and raining the entire 26.2 miles.  It was.  But Matt persevered, and astoundingly for his first ever marathon, passed the finish line at 3 hours and 17 minutes.  He ranked 2,749 out of more than 50,000 runners.  We asked Matt what-if-when his next event will be.  All he knows for now is that he doesn’t have to train 5-6 days a week for the foreseeable future.  Who can blame him?  Well done Matt!