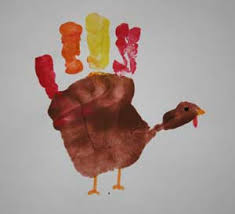 OMG.  Say it ain’t so!  Where in the h*ll did the year go?  I can’t believe Halloween is over.  The grocery stores are fully stocked with cranberry sauce, stuffing, green beans and those canned fried onions to go on the top!  And while you’re shopping for your Thanksgiving feast, you can listen to Christmas carols playing on the store’s speakers.  I kind of like the holidays — just because it really does feel more festive than the rest of the year.  In Florida it’s hot, so we don’t really get that snowflake, chestnuts-roasting-on-the-fire, Jack Frost kind of feeling, but it’s still merry.  Kind of.

There ARE stressful times (family dinners), all that shopping, decorating (if you do that; I’ve mostly stopped), and heck — just going through all the catalogs that come in the mail.  I could tell you what time of year it is just by looking in my mailbox.  Starting in September, the catalog count starts climbing steadily until Christmas Day.  Then it abruptly falls off to nothing until close to Easter.  I guess nobody buys anything between late December and mid-April!  Then along comes Mother’s Day, Father’s Day, summer (4th of July) and there is reason for all those merchants to ply us with ‘amazing deals’!  Perfume, flowers and candy for Mom, barbecue grills, ties and tools for Dad, inflatable pools, swimsuits, beer and firecrackers for those summer parties.  And then, before you know it, the days get shorter, and — you guessed it — here come those holiday catalogs again.  Wow, we just virtually went through a whole year!  Truly, we’re going to blink, and it’s going to be Fall of 2018.

Well, maybe in my mind only.  I know for young children, the time doesn’t go so fast.  I can remember thinking that I would NEVER last from Christmas eve until Christmas morning when I could see what Santa left.  But now, the catalog-in-the-mail cycles seem  faster every year.  I think I’d rather be looking through child’s eyes.  Halloween candy is still being rationed at home.  Teachers are designing Pilgrim costumes and cornucopias at school.  The kids are singing songs and making turkeys on paper plates with an outline of their hand.  They are firmly entrenched in November and anticipating Thanksgiving only.  Christmas is still way in the distance.  Ahhhhhh — that’s better!