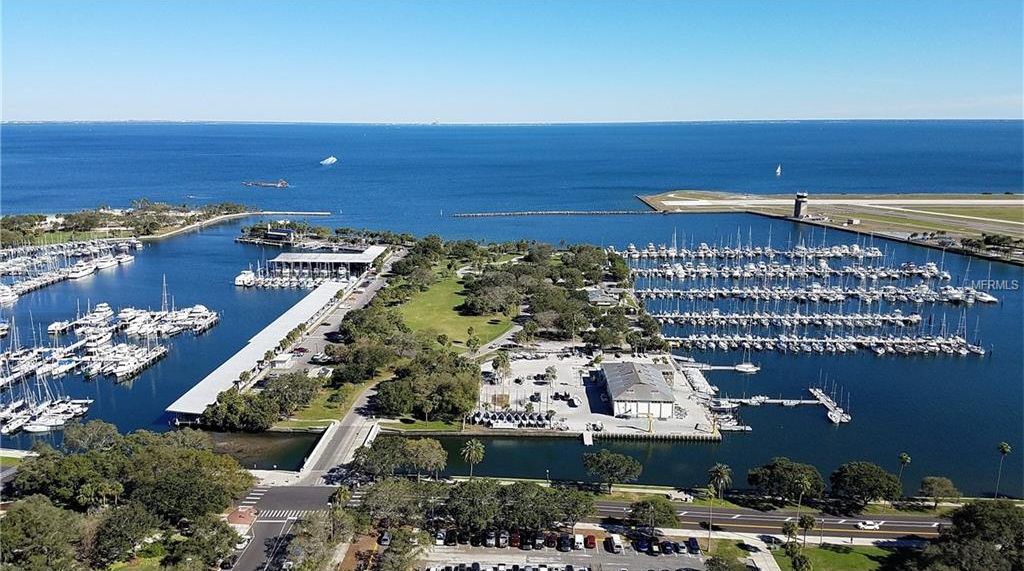 Bet this title has you wondering, no?  Well in this case, high refers to high-rise, as in the tall building we live in.  I grew up in suburbia; it was all I knew.  I married and raised children in a nondescript suburb nestled among cul-de-sacs, school zones, bike paths and trails.  I actually felt sorry for the moms I spied in New York City getting on the subway with their strollers, but I had to get in the car to go everywhere.  To the grocery store, to pick up kids from school,  to get my nails done, go out to dinner, see a movie. Everywhere.

Fast forward to kids in college, graduating, and starting their own lives hither and yon. So why were we living in a big house in the middle of nowhere?  Richie Coldcuts – the city boy – said “I’m not driving any more.  Unless you’re going to drive everywhere, we’re going to live in the city”.  And in this case THE city wasn’t New York (which he tells me is usually implied), but St. Petersburg.

Into the high-rise we moved.  Yes, we had to down-size.  Out went years of accumulated knick-knacks, kid’s finger-paintings, occasional chairs (what were those about?), old TV’s, practically everything you keep in a garage, ‘extra’ anything (china, clothes, furniture, linens, gift-wrap).  This cleansing was a blessing in disguise, but that’s for another blog!

Living in a high-rise rocks!  It’s in the middle of everything.  Within 2 blocks in any direction, there is a park, the waterfront, Publix (great grocery chain, mostly in the southern U.S.), a drug store, liquor store, bank, dry-cleaners, chinese take-out, post office, nail salon, many restaurants, and many, many bars (which our kids will say is why we REALLY moved).   Plus, a pool, without the maintenance, ditto the lawn, cable with no cable-guy, a gym with no membership.   There’s more:  a front desk that accepts packages and screens visitors, and . . . wait for it . . . a garbage chute!.  Do you hear the strains of the Hallelujah Chorus?   We walk down a short carpeted hall, and ‘toss’!

The driving problem was solved because other than commuting to work, we walk nearly everywhere.  We also bike and scoot, as do the many other city-dwellers.  There are even rental commuter bicycles on many corners.  We leisurely stroll on the waterfront — sounds like a commercial doesn’t it?   And the best part, the VERY best part, is the view.  Being up high and seeing sunrises, sunsets, Tampa Bay, boats, and people enjoying being outside is very calming, but also invigorating.  In my opinion – the best of all worlds.